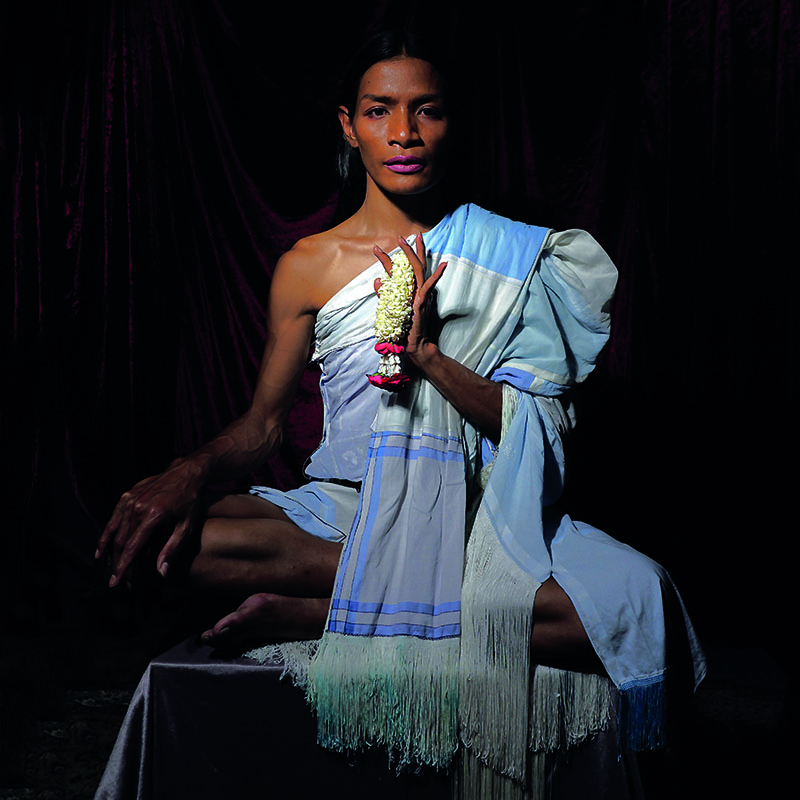 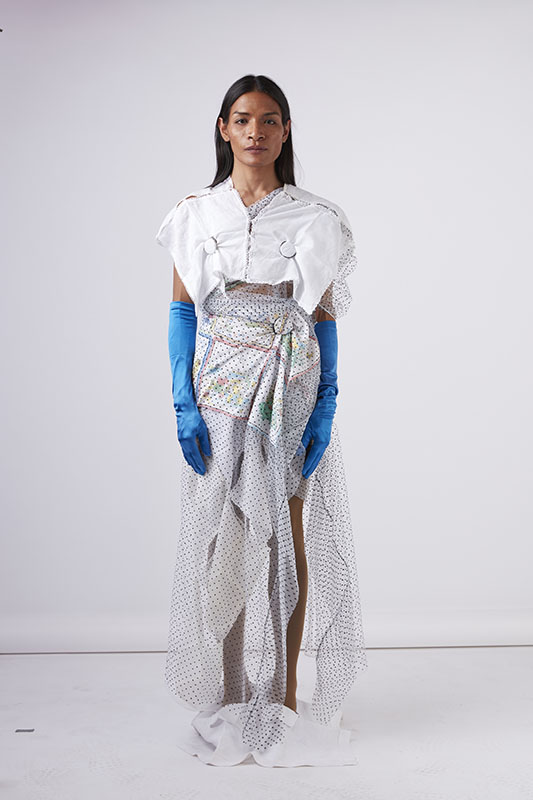 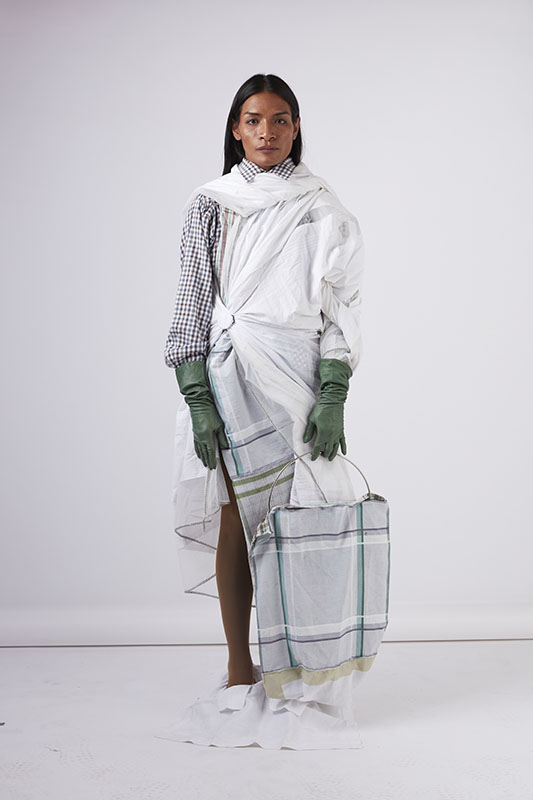 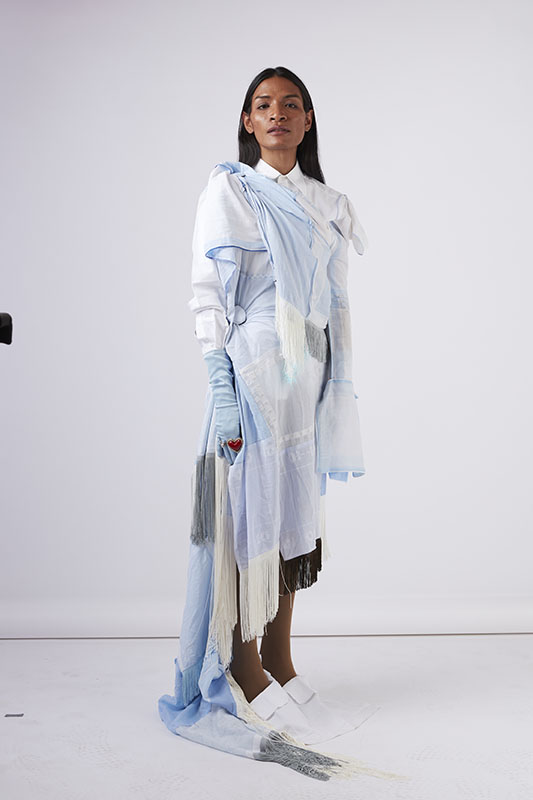 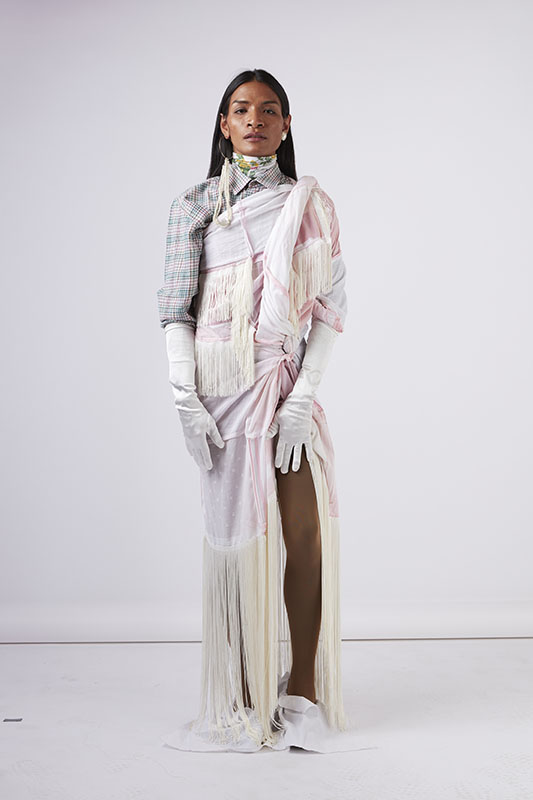 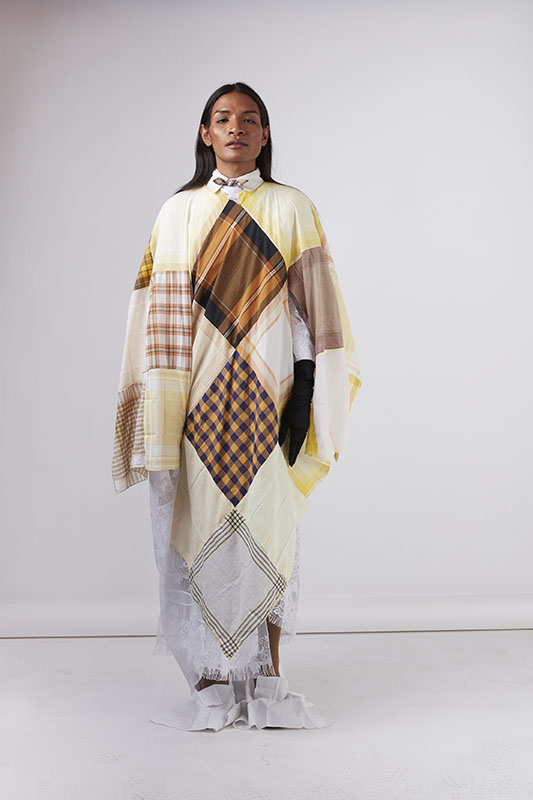 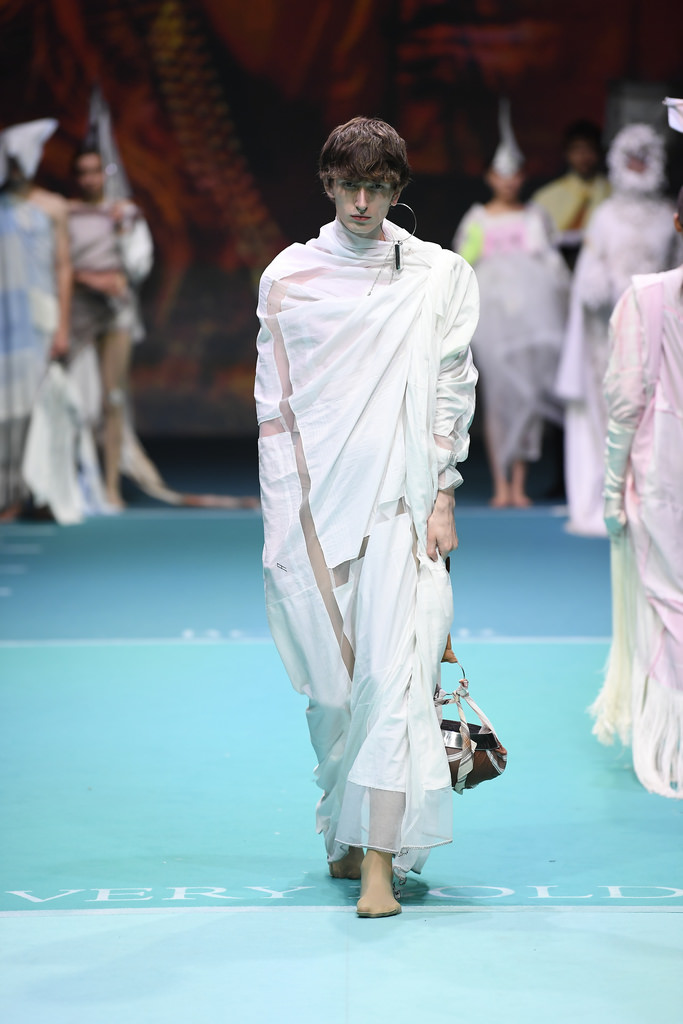 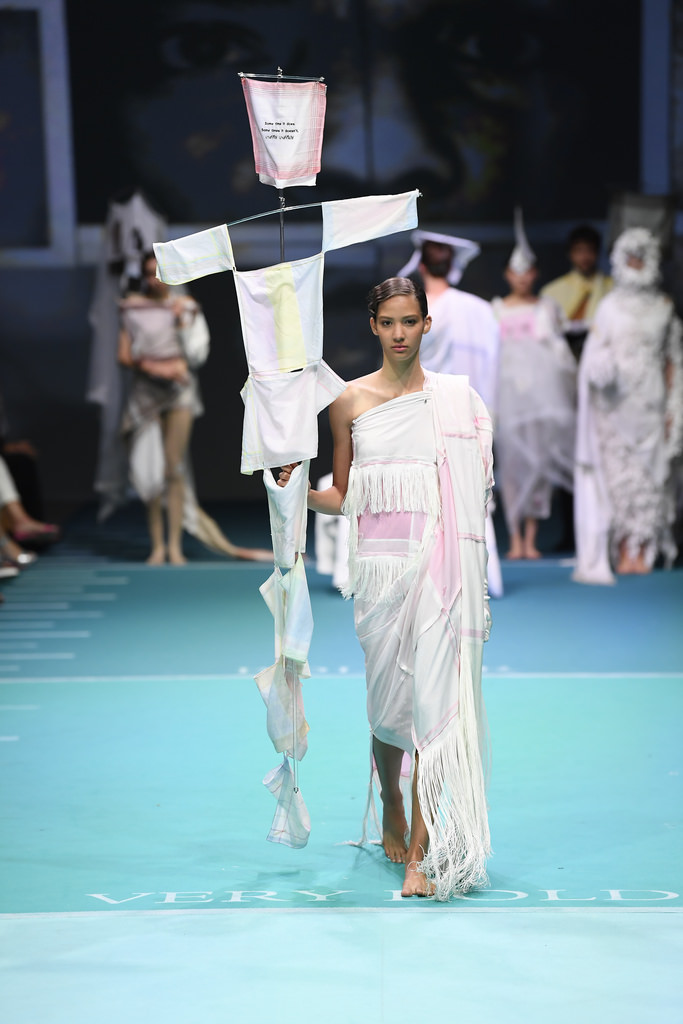 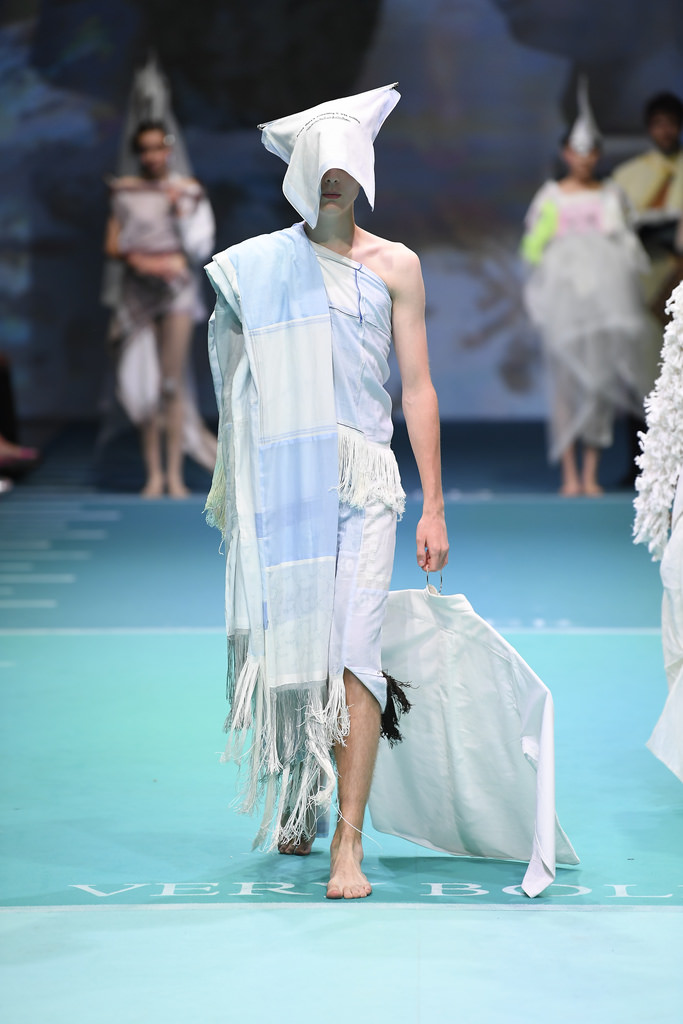 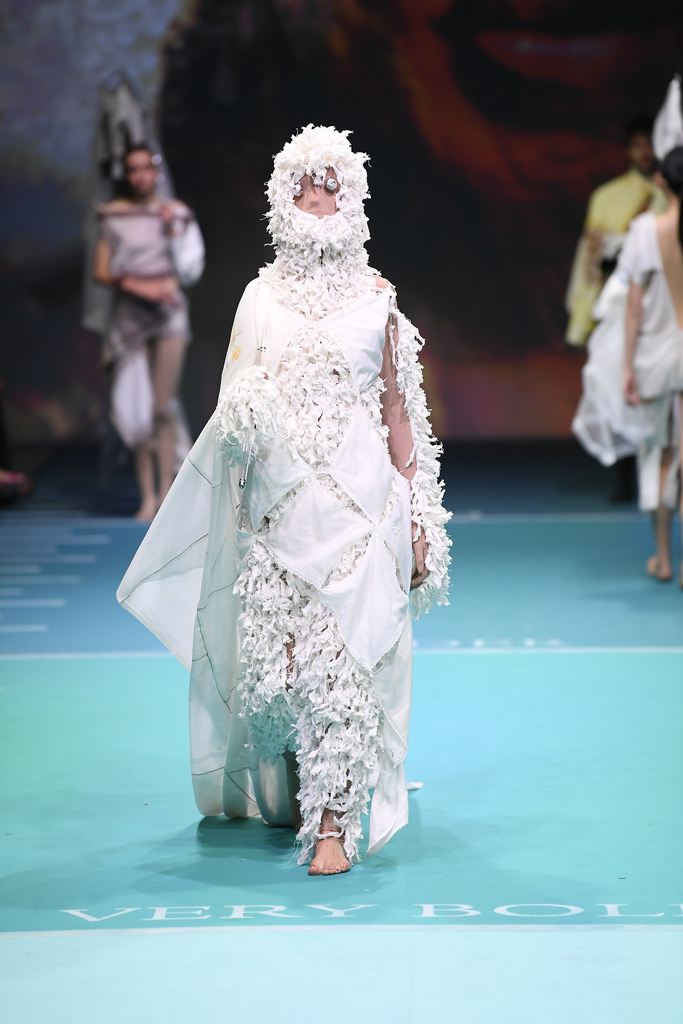 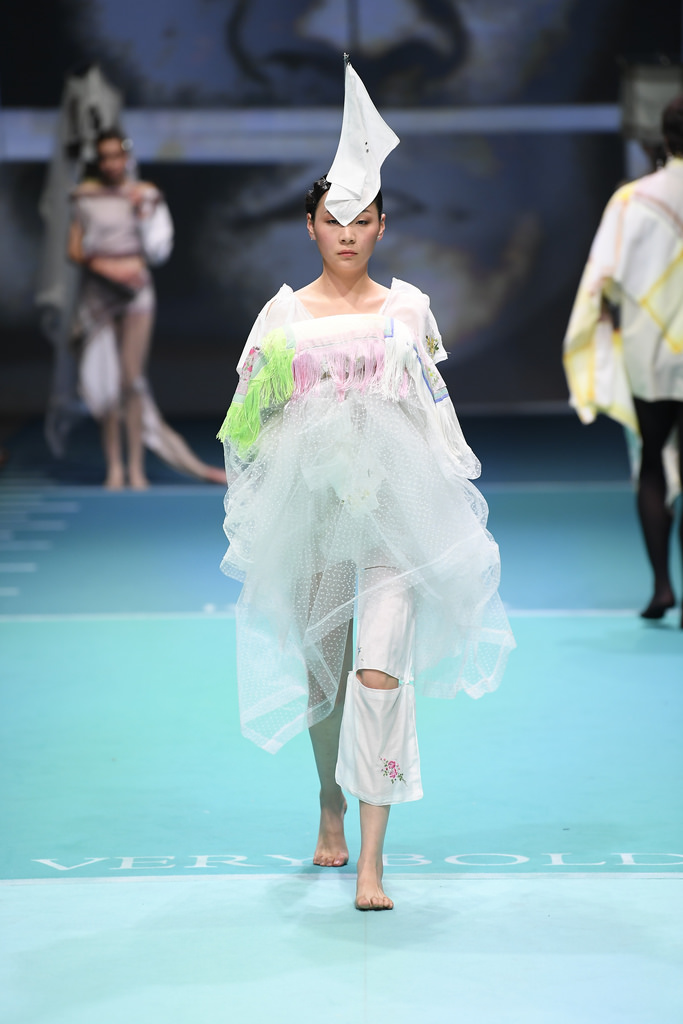 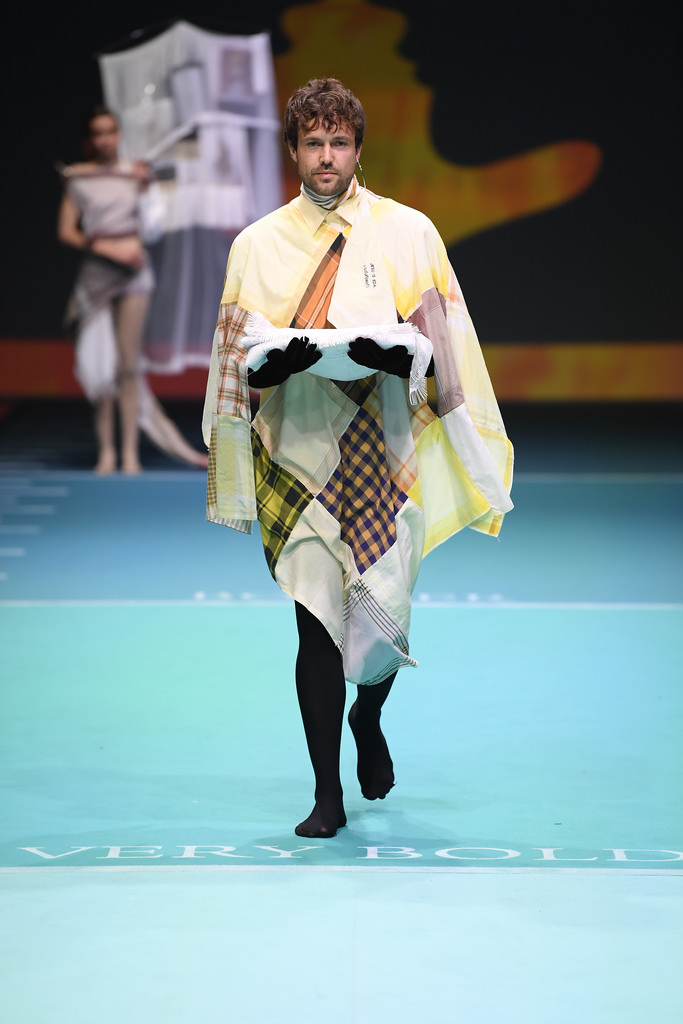 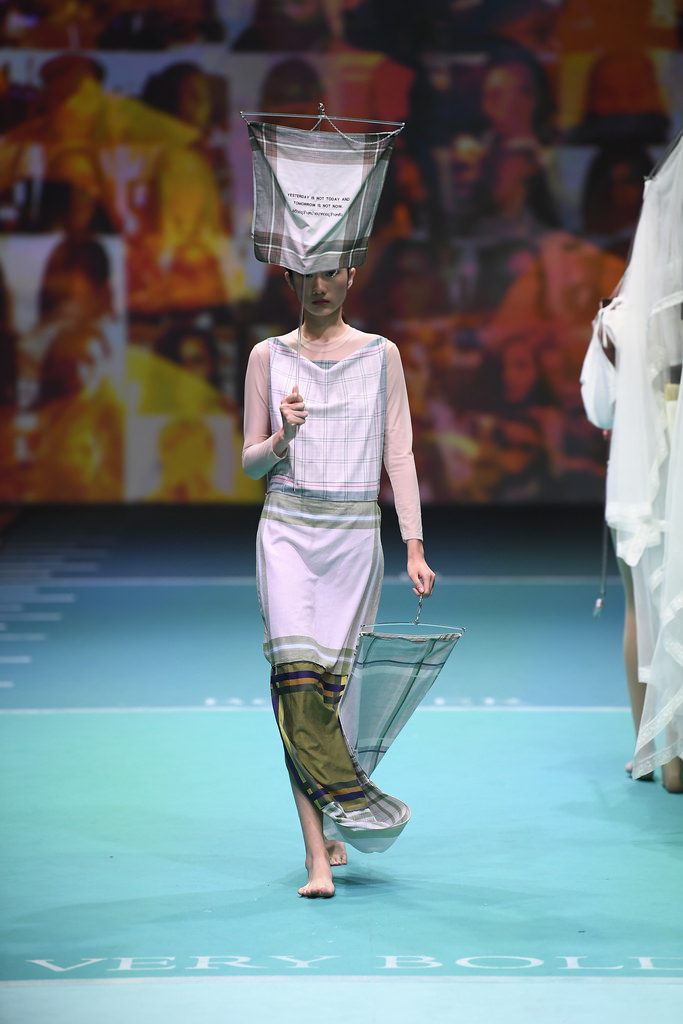 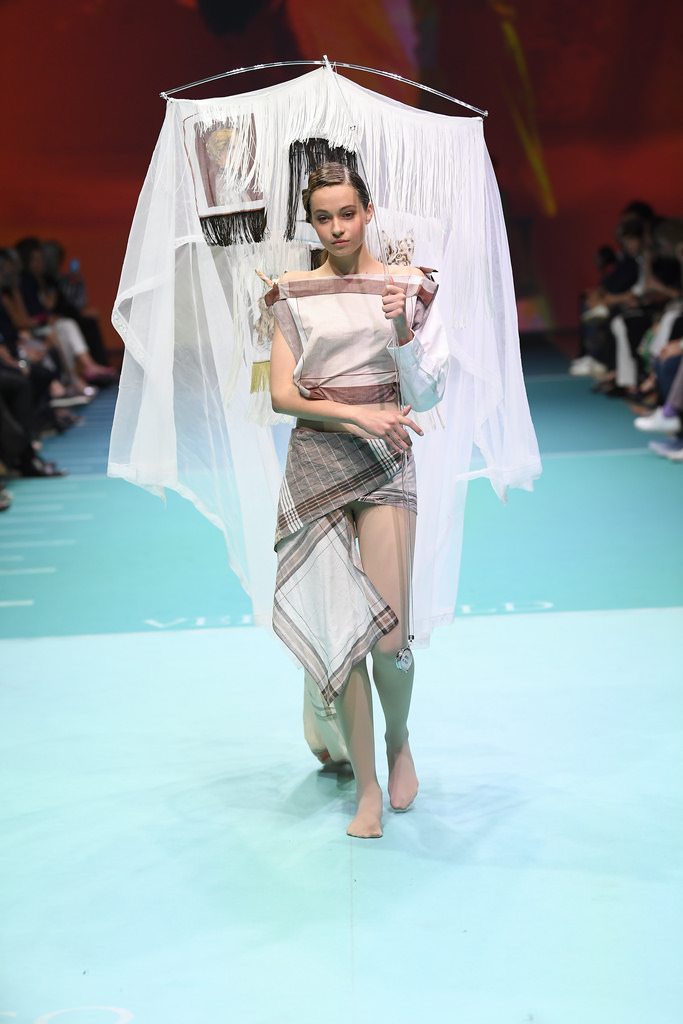 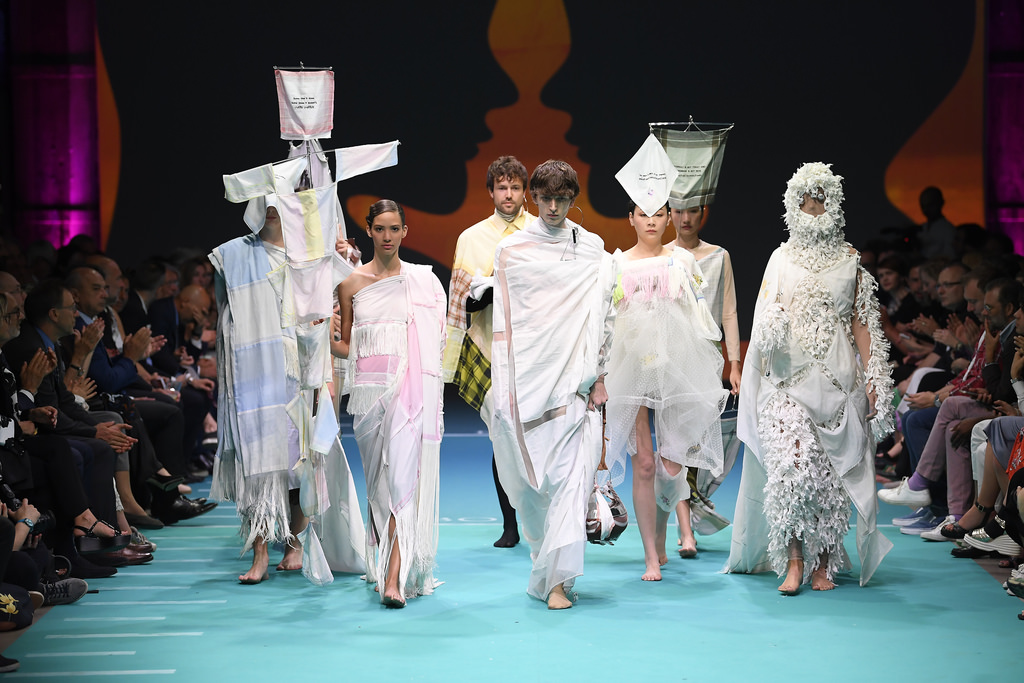 This is a journey into Eda’s sexuality. Growing up in Buddhist Thailand, transexuality turned into a handicap and even when introducing himself as a male, his physical appearance would not be accepted. These forces led Eda to build up his collection from monks’ robes. Studying on its their history and functionality Eda discovered fascinating details about the intellectual aspects of the garment. Replacing the traditional fabric with used materials, reconstructing the silhouette yet preserving the original underlying philosophy, Eda came up with a universal, non-gender spiritual uniform that is ahead of social norms and that does not stick an identity on the wearer.